Dealing with an unexpected pregnancy? We can help.

If you want someone to talk to about your choices, answer your queries, or just listen to your worries, our doors are open. Contact us to discuss your thoughts and feelings regarding what you are experiencing. 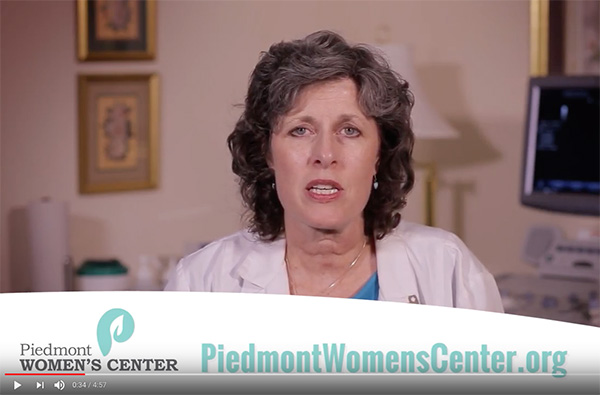 This abortion process is called a few terms, such as medication abortion, RU-486, and Mifeprex/mifepristone. This medication is only authorized by the Food and Drug Administration (FDA) in the U.S. to be used by women up to the 70th day after her previous monthly period. Should a physician suggest the abortion pill even if you’re over 70 days (10 weeks) pregnant, it is wise to contact a doctor who is concerned about your overall health and well-being enough to follow FDA stipulations.

Risks of the Abortion Pill

The FDA advises that Mifeprex® is associated with some risks, including serious infection and heavy bleeding. The FDA states that in about 1% of cases “bleeding will be so heavy that it requires a surgical procedure to stop it.” 26 As to infection, in 2010 the FDA stated, “Since the approval of Mifeprex® in September 2000, FDA has been informed of eight deaths in the United States due to serious infections following medical abortion with mifepristone and misoprostol that FDA has concluded may possibly be related to the use of these drugs.”27

If you experience symptoms including heavy bleeding, diarrhea, nausea/ vomiting, back pain,or fever following the use of Mifeprex®, you should contact a health professional immediately. Heavy bleeding is described by the FDA as bleeding “enough to soak through two thick full-size sanitary pads per hour for two consecutive hours.” 28

Call your doctor for medical advice about side effects. You may report side effects to FDA at 1-800-FDA-1088 29

12 Weeks and Under – First-Trimester Aspiration Abortion

This surgical abortion is done during the first trimester (however a number of abortion providers might use this approach up to 16 weeks of being pregnant). Based on the provider as well as the price, different techniques of pain management are provided, ranging from local anesthetic to total general anesthesia. In the first trimester, local anesthesia is most often used, although IV (intravenous) sedation is not used as often.

Before the abortion can happen, the woman’s cervix has to be opened up so the tools can go through. The clinician will do this either by putting in dilators (metallic or water-absorbing) into the cervix, or maybe by employing a medication given orally or vaginally. The level of dilation needed will depend on the phase of the pregnancy.

When the woman’s cervix is expanded, the abortion provider can use either a manual vacuum aspirator or an electrical suction device to take out the contents of the uterus, which includes the embryo or perhaps fetus (human being in 1st or 2nd phase of development), placenta along with other tissue.

To be certain that the abortion is totally complete and absolutely nothing is left, the abortion provider might use a sharp curettage (a loop-shaped knife) to make one last sweep with the vacuum device to guarantee no tissue remains.

After the operation the woman might be taken into a recovery room. The period of time spent in recovery differs. In cases where problems from the operation have occurred, the female might find out immediately or as much as two weeks after. 4,5,6,7

13 Week and Beyond – Dilation and Evacuation (D&E)

This surgical abortion is conducted in the second trimester of pregnancy. In such a procedure, the cervix has to be opened up wider compared to a first-trimester abortion due to the proportions of the growing fetus. This is done 1 to 2 days before the operation by dilating the cervix.

On the day of the abortion surgery, the dilators are taken out. In cases where the pregnancy is early on in the second trimester, using the suction device to extract the fetus may very well be adequate. This is usually referred to as a suction D&E and is a lot like a first-trimester aspiration abortion.

As the pregnancy advances to another stage of development, it might be necessary to use forceps to extract the unborn infant, which gets too large to pass out through the suction device. Before putting in the forceps, the clinician will locate the position of the fetus via ultrasound or by feeling the exterior of the woman’s abdomen.

When the fetus is found, the abortion provider is going to put in the forceps into the uterus and then start to remove the contents. The clinician will keep a record of exactly what fetal pieces have already been taken out to ensure that none remain inside that might result in an infection.

Lastly, a curette and/or suction device is used to take away any leftover tissue or blood clots to make sure the uterus has been cleaned out. After the operation, the woman will most likely be put in a recuperation room. The period of time spent in recuperation will vary.8,9

In cases where the abortion takes place during a period when the fetus might have otherwise been delivered, it is injected to produce death in the fetus. This is done to be in line with federal regulation demanding a fetus to be deceased before full removal from its mother’s body.

The drugs (digoxin along with potassium chloride) are injected into either the amniotic fluid, the umbilical cord, or right into the fetus’ heart. The remainder of the procedure is just like the Dilation and Evacuation operation outlined earlier.

Our center provides consultations in addition to factual details about all pregnancy alternatives. Having said that, we neither provide abortions nor refer anybody to abortion providers. The details on this website are meant for general knowledge uses only and must not be dependent upon as an alternative for expert counseling and/or medical recommendations. 10,11,12

We believe no one should have to face this alone. When you’re ready, we are here.

Call or come in today. No appointment necessary.​​

Determine a path that’s right for you.

MORE ABOUT YOUR VISIT

Not quite ready to talk?

We are a 501(c)(3) non-profit organization. ! NOTICE ! Piedmont Women’s Center provides consultations in addition to factual details about all pregnancy alternatives. Having said that, we do not provide or refer to abortion providers. The details on this website are meant for general knowledge uses only and must not be depended upon as an alternative for expert counseling and/or medical recommendations.